The mission of the Chautauqua Institution Police Department is to serve and protect all who come to the grounds, while enforcing the law with impartiality, respect, and compassion. We seek to establish and maintain a safe environment in which people can live, work, and grow by rendering aid to those in need, providing an environment free from fear, bringing to justice those who violate the law, and protecting all persons and property in accordance with legal and ethical standards.

We seek to restore a sense of community in the field of law enforcement. The following guiding principles assist us in doping so: 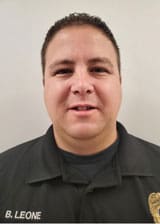 I started my journey with Chautauqua Institution in June of 1997, I was hired by the Police Department as a Gate Security Officer, and from there I moved up touching every positon in the Police department from Bike Patrol, Gate Supervisor, Bike Patrol Supervisor, Police Officer, Police Sergeant, and Presently Officer IN Charge.

In addition to working at Chautauqua Institution, I’m currently employed with the Chautauqua County Sheriff’s Department as a Deputy Sheriff since 2009.  In the past I have also worked for New Directions Detention facility as a youth counselor, from 2006 to 2009.

Chautauqua Institution has become a second home for me, in my time working here (though it took a long time) I have learned the true meaning of Chautauqua, and what it means to be part of this community, if ever given the option to go back and change my paths, I wouldn’t change a thing. 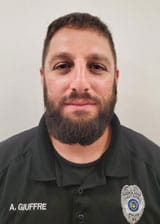 I was hired here at Chautauqua Institution in January 2021, as a Full Time Police Officer.

Prior to my employment here at Chautauqua Institution, I enlisted in the U.S. Army as a Combat Engineer in 2000 and served in Mosul, Iraq during Operation Iraqi Freedom from July 2005 to September 2006.

In my free time, I sing in the choir at my church with my daughter and am involved in our newly formed youth group at St. James Church in Jamestown. 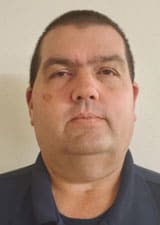 I have been employed at Chautauqua Institution since January of 1996 working as a full time police officer, recently (2020) I have accepted an appointment as the Fire Coordinator for Chautauqua County, at that time I made the decision to continue working with the Chautauqua Institution Police Department on a part-time basis, I felt I couldn’t just walk away from all the dedicated time I have served at Chautauqua. Also I currently work for the Lakewood/Busti Police Department as a Part-Time patrol officer and Evidence Technician, a member of the Chautauqua County Forensics Team, and also a volunteer Fireman for the Village of Mayville Fire Department as a Paramedic. 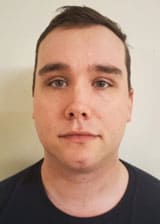 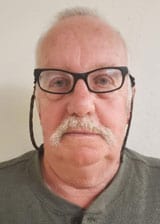 In 2011, I started my career with Chautauqua Institution as a Security Officer. After a few years moving to Security Supervisor, then stepped down to part-time in order to pursue another opportunity.

I started my career as a first responder in the early 1970s, since then I have worked in many positions as a first responder as well as with several different departments throughout New York State. For 9 years I worked with the City of Long Beach Police Department as a Special Officer. In 1980 I passed the test to be a New York City Fireman, but was unable to keep the appointment due to an on the job injury, I was unable to keep the appointment. At that time I was also working with the Lawrence Cedarhurst Fire Department as a dispatcher, where I was also a volunteer firefighter.

When I first moved to this area in 1992, I lived in Sugar Grove, PA and had the opportunity to join their department. Fire fighting in a rural area was certainly an eye-opener. Since then I have moved back to New York State and became a member of Fluvanna Fire Department. I have had the opportunity to hold several different positions during my tenure with Fluvanna Fire Department, including Chief of the department more than once. Between my professional and volunteer careers, I have had 45 years of experience in the fire service. I am also proud to be a certified hands-on fire instructor with the New York State Fire Chiefs Association as well as a member.