Carter is quoted on the walls of the Smithsonian Museum of African-American History and Culture in DC: “Nobody should have to move out of their neighborhood to live in a better one” – which is also the subtitle of her book, Reclaiming Your Community, released Feb 1, 2022.

In 2017, Carter launched the Boogie Down Grind, a Hip Hop themed specialty coffee & craft beer spot, and the first commercial “3rd Space” in the Hunts Point section of the South Bronx since the mid-1980s. This venture also provides a rare opportunity for local families to invest through SEC approved online investment platforms. Her ability to shepherd projects through seemingly conflicted socio-economic currents has garnered her 8 honorary PhD’s and awards such as: 100 Most Intriguing Entrepreneurs by Goldman Sachs, Silicon Alley 100 by Business Insider, Liberty Medal for Lifetime Achievement by News Corp, and other honors from the National Building Museum, International Interior Design Association, Center for American Progress, as well as her TEDtalk (one of six to launch that site in 2006).

This program was originally recorded at Chautauqua Institution’s Hall of Philosophy on July 6, 2022. 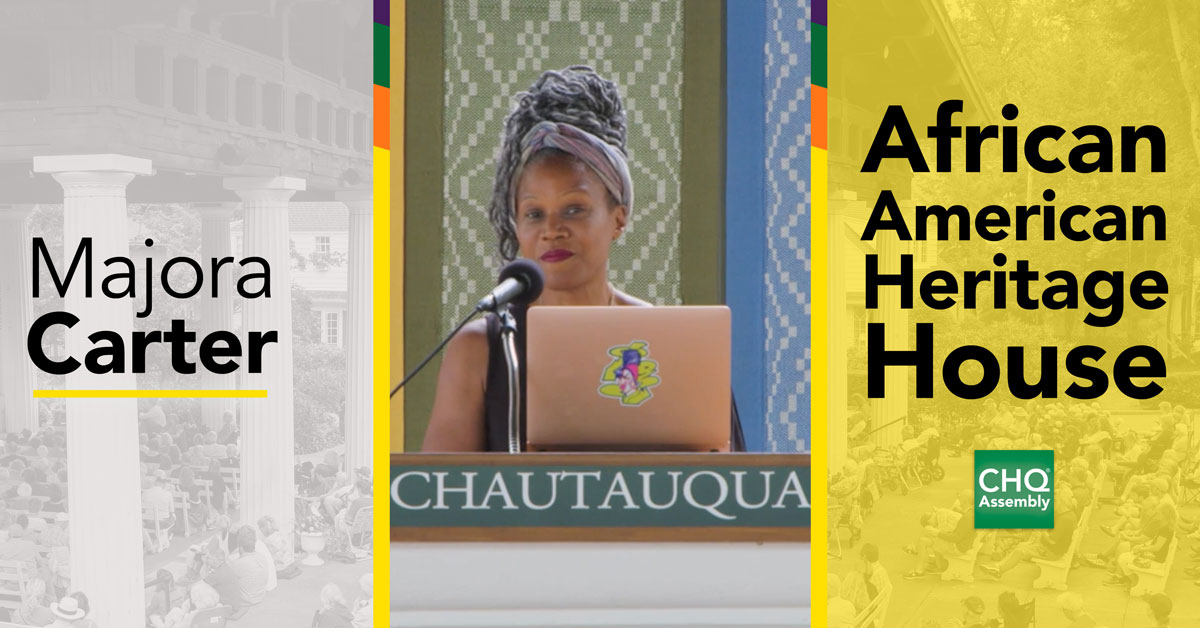