Atiya Aftab, Esq. is cofounder of the Sisterhood of Salaam Shalom, an international women’s interfaith organization. An attorney, educator, and activist, she is currently maintaining her own practice providing representation to non-profit corporations. Atiya is also an Adjunct Professor at Rutgers University, Department of Political Science and Middle Eastern Studies Program, and teaches “Islamic Law and Jurisprudence.”  She is Chair of the Center for Islamic Life at Rutgers University, convener of the first full-time Muslim Chaplaincy on campus. She is a member of the Rutgers University Board of Directors that governs the Rutgers University Foundation.

Atiya, a member of the Islamic Society of Central Jersey’s Board of Trustees and Overseers for 20 years, was the first woman chair of the board.  Co-founder of the New Jersey Muslim Lawyer’s Association and its former Vice-President and Treasurer, she was an active member and chair of the Islamic Society of North America’s Masjid Development Committee and also a co-founder of the Shia Sunni Alliance of NJ.  A Fellow with the Arianne de Rothschild Fellowship, Atiya completed a certificate program with KARAMAH, the Muslim women’s human rights organization.

A member of Attorney General Peter Harvey’s Arab and Muslim Advisory Committee (Chair, Education and Training for Law Enforcement Subcommittee), Atiya was a member of the New Jersey Supreme Court Committee on Minority Concerns for 10 years. She was also chair of the South Brunswick Women’s Commission and for 10 years was responsible for organizing its yearly leadership conference.

Atiya received her Bachelor of Arts Degree, Phi Beta Kappa, in 1988, majoring in Political Science (Pi Sigma Alpha) from Rutgers College, and then to Rutgers Law School in Newark from which she earned her Juris Doctorate Degree in 1991.  Post law school, she held an Appellate Division Clerkship with the Hon. James H. Coleman, Jr., then Presiding Judge Appellate Division, and now retired Associate Justice of the New Jersey Supreme Court, after which she went on to represent the Department of Banking and Insurance as a Deputy Attorney General.

Sheryl Olitzky is the Founding Executive Director and cofounder of the Sisterhood of Salaam Shalom.   In just a few years, under Sheryl’s leadership, the Sisterhood grew into a movement, with members throughout the United States, Canada, and Berlin.  Sheryl combined her strong leadership, relationship-building and organizational skills with her passion, in starting this organization, to rid the world of hate.   Prior to becoming the Executive Director of the Sisterhood of Salaam Shalom, Sheryl was a Marketing Executive.

Sheryl is a frequently sought-after presenter and can be found teaching high school and university students around the world about interfaith relationship-building, presenting to women about the power of interfaith dialogue and engagement, visiting the chapters of the Sisterhood located around the country and Canada, and leading building bridges trips to locations of significant interest to Muslims and Jews.  She is a contributor to Huffington Post, Interfaith Observer, Religion News Service, and The Forward.  A ‘Nominated Changemaker’ at the 2016 White House Summit on the United State of Women,  Sheryl was a recipient of the 2021 Making a Difference Honoree award from the Russell Berrie Foundation.  She has been honored as the “Women Who Do” by Hadassah, Raritan Valley, and is a recipient of the 2019 Jefferson Award for Public Service from the NJ Governor.

Sheryl is one of the proud winners, on behalf of the Sisterhood, of the 2019 UN/BMW Intercultural Innovations award and the EVZ Foundation/KIGA award for Jewish-Muslim Solidarity and is a board member of the Muslim Jewish Advisory Council and the Jewish Muslim Alliance.

Note:  Atiya and Sheryl’s story, featured in the documentary “Stranger/Sister,” is the story of two ordinary women, one Muslim and one Jewish, who dare to believe they can join hands to stop the wave of hate.  It will be shown on Tuesday, August 16, at 5:00 pm at the Chautauqua Cinema with talkback following.

This program is made possible by the Dr. William N. Jackson Religious Initiative Fund 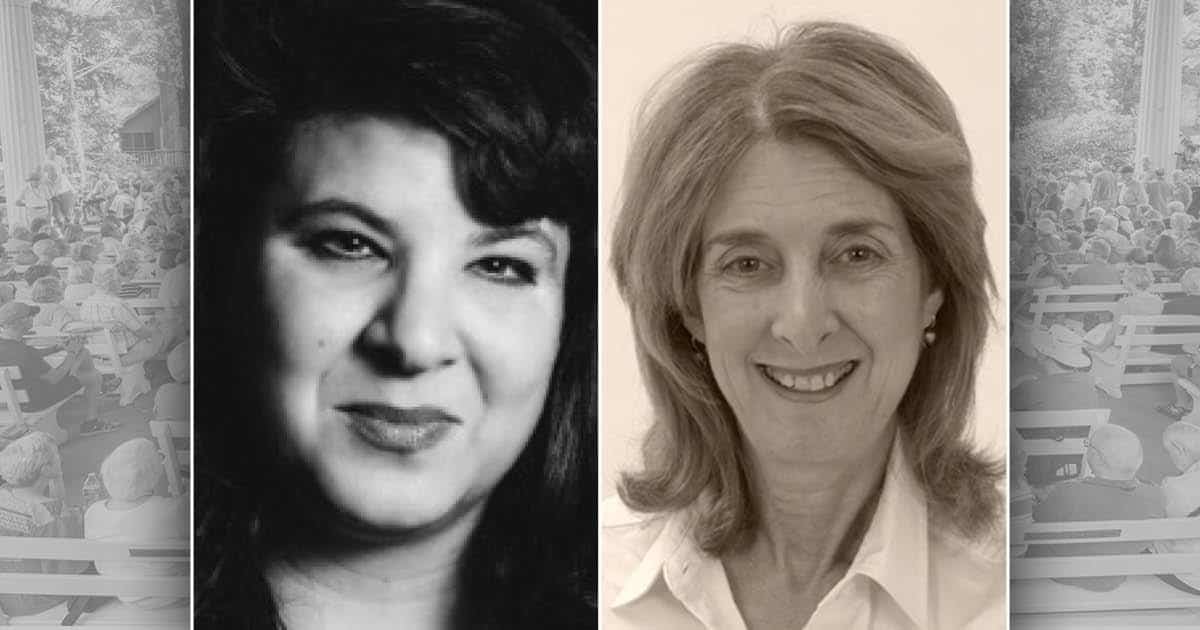