One of the most celebrated journalists of our age, Bob Woodward first gained international attention when he and Carl Bernstein uncovered the Watergate scandal in 1973. Since then, he has won nearly every American journalism award — including two Pulitzers — and has worked to shine a light on the inner, hidden workings of the government’s halls of power. A pillar in the field of political investigative journalism, Woodward has written about the last 10 U.S. presidents, chronicling how the power of the presidency has evolved, and he joins the Chautauqua Lecture Series to discuss truth, power, and the critical, necessary role of the Fourth Estate in a flourishing democracy.

Woodward — currently associate editor at The Washington Post, where he has worked since 1971 — has co-authored or authored 21 books, including 15 No. 1 national best-selling works of non-fiction. His books include All the President’s Men (described by Time magazine as “perhaps the most influential piece of journalism in history”) and The Final Days, both Watergate books, co-authored with Bernstein; Fear: Trump in the White House; Rage and Peril, both co-authored with Robert Costa; The Secret Man: The Story of Watergate’s Deep Throat; and The Last of the President’s Men. Additionally, Woodward was the main reporter for the Post’s articles on the aftermath of the Sept. 11, 2001, terrorist attacks; that coverage won the National Affairs Pulitzer Prize.

He graduated from Yale University in 1965 and served five years as a communications officer in the U.S. Navy before beginning his journalism career at the Montgomery County Sentinel in Maryland, where he was a reporter for one year before joining the Post. 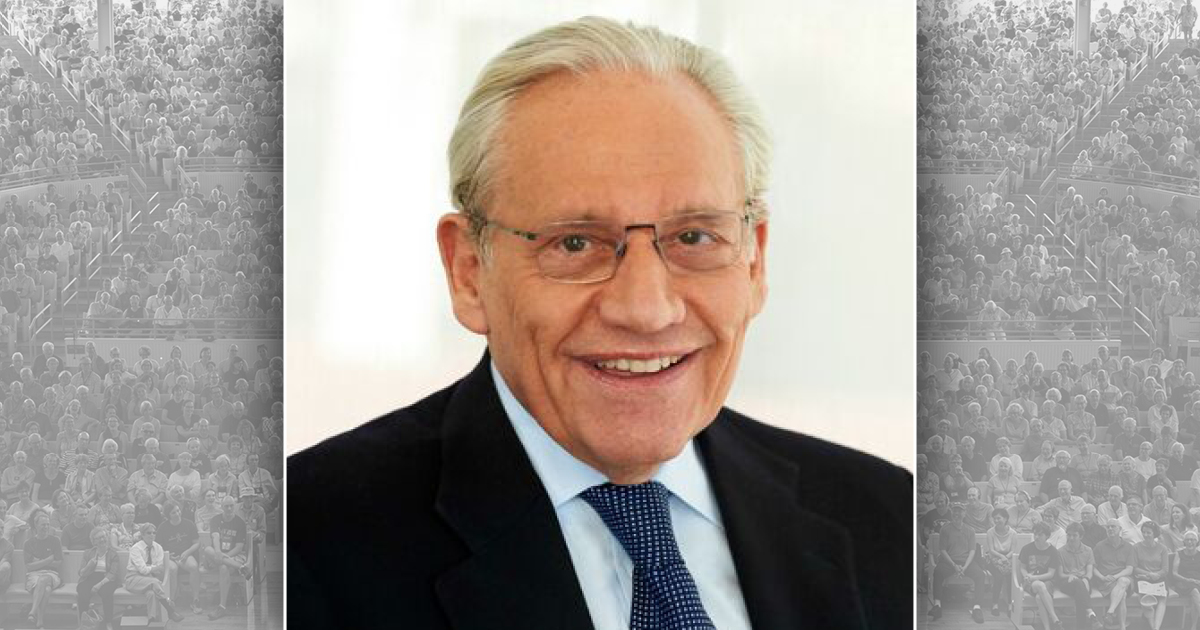