Great Circle is a “masterclass in historical fiction” according to The Telegraph. In effortless and dazzling prose, Maggie Shipstead weaves together an expansive story that covers more than a century.

After being rescued as infants from a sinking ocean liner in 1914, Marian and Jamie Graves are raised by their dissolute uncle in Missoula, Montana. Thereafter encountering a pair of barnstorming pilots passing through town in beat-up biplanes, Marian commences her lifelong love affair with flight. At fourteen she drops out of school and finds an unexpected and dangerous patron in a wealthy bootlegger who provides a plane and subsidizes her lessons, an arrangement that will haunt her for the rest of her life, even as it allows her to fulfill her destiny; circumnavigating the globe by flying over the North and South Poles.
A century later, Hadley Baxter is cast to play Marian in a film that centers on Marian’s disappearance in Antarctica. Vibrant, canny, disgusted with the claustrophobia of Hollywood, Hadley is eager to redefine herself after a romantic film franchise has imprisoned her in the grip of cult celebrity. her immersion into the character of Marian unfolds, thrilling, alongside Marian’s own story, as the two women’s fates – and their hunger for self-determination vastly different geographies and times – collide.
Great Circle was shortlisted for both the 2021 Booker Prize and the 2022 Women’s Prize for Fiction.

Maggie Shipstead is the New York Times-bestselling author of three novels and a short story collection. Her novel and CLSC selection Great Circle was shortlisted for the Booker Prize and a finalist for the Women’s Prize. She is a graduate of the Iowa Writers’ Workshop, the recipient of a fellowship from the National Endowment for the Arts, and the winner of the Dylan Thomas Prize and the L.A. Times Book Prize for First Fiction.
She lives in Los Angeles. 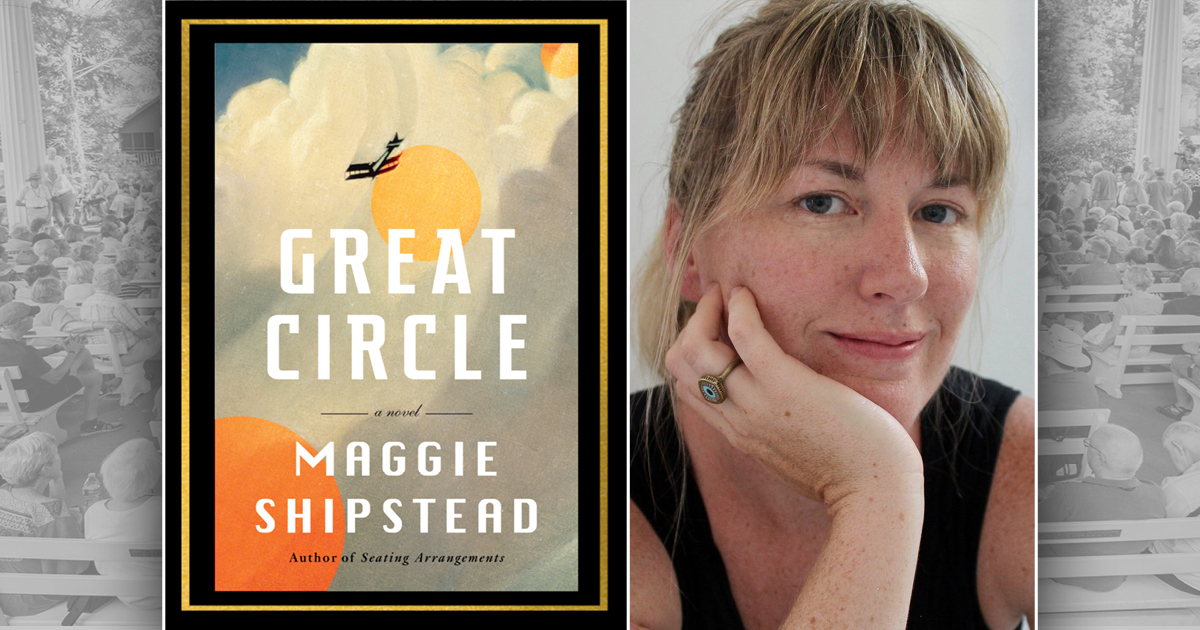