Cuarteto Latinoamericano is one of the world’s most renowned classical music ensembles, and has been the leading proponent of Latin American music for string quartet for more than thirty years. Founded in Mexico in 1982, they have toured extensively throughout Europe, North and South America, Israel, China, Japan and New Zealand. Winners of the 2012 and 2016 Latin Grammys for Best Classical Recordings, they have been recognized with the Mexican Music Critics Association Award and have received Chamber Music America/ASCAP’s Most Adventurous Programming Award three times.
Applauded by the Calgary Herald as “…talented, sensitive…brilliant,” JIJI is an adventurous artist on both acoustic and electric guitar, playing a wide range of music from traditional and contemporary classical to free improvisation. Her impeccable musicianship combined with compelling stage presence and fascinating repertoire earned the Korean guitarist First Prize at the 2016 Concert Artists Guild International Competition.
Combined, they create an unforgettable and one-of-a-kind performance that you won’t want to miss!

This program is made possible by the Shirley A. and Arthur R. Duffy Endowment for Classical Guitar. 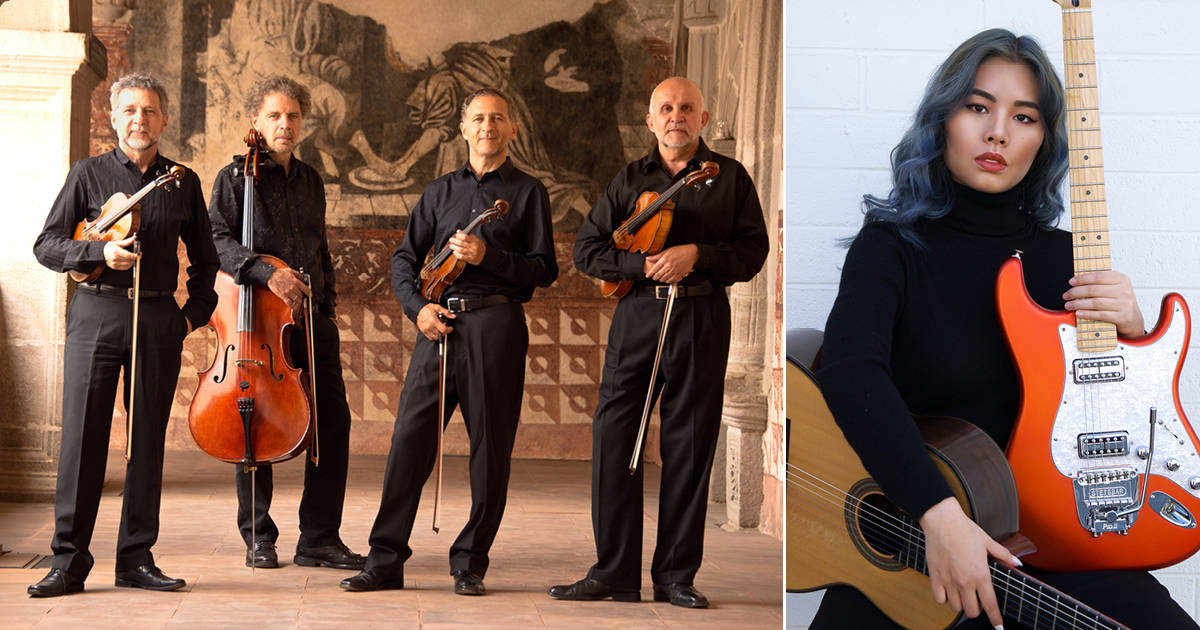