Fareed Zakaria is a bestselling author, columnist for The Washington Post, and host of “Fareed Zakaria GPS,” a weekly international and domestic affairs program that airs on CNN and CNN International. Since its debut in 2008, the show has become a prominent television forum for global newsmakers and thought leaders, won the prestigious Peabody Award in 2011 and earned an Emmy Award nomination in 2013. Zakaria, who last spoke at Chautauqua in 2016, returns to the Amphitheater with his insights and analysis of geopolitics and international affairs to open the 2022 Chautauqua Lecture Series and a week questioning “What Should be America’s Role in the World?”

Zakaria is the author of four New York Times bestselling books: In Defense of a Liberal Education; The Post-American World; The Future of Freedom; and his newest book Ten Lessons for a Post-Pandemic World, which was released in October 2020.

Prior to his tenure at CNN Worldwide, Zakaria was editor of Newsweek International, managing editor of Foreign Affairs, a columnist for Time, an analyst for ABC News, and the host of “Foreign Exchange with Fareed Zakaria” on PBS. In 2017, Zakaria was awarded the Arthur Ross Media Award by the American Academy of Diplomacy. In 2019, he was named a “Top 100 Global Thinker” by Foreign Policy magazine, and Esquire magazine once called him “the most influential foreign policy adviser of his generation.”

Zakaria serves on the boards of the Council of Foreign Relations and New America. He earned a bachelor’s degree from Yale University and a doctorate in political science from Harvard University.

The primary sponsor of today’s lecture is The Susan Hirt Hagen Lectures Fund. Additional support is provided by The Helen C. Lincoln Fund for International Programming, The Malcolm Anderson Lecture Fund, and The Edith B. and Arthur E. Earley Lectureship. 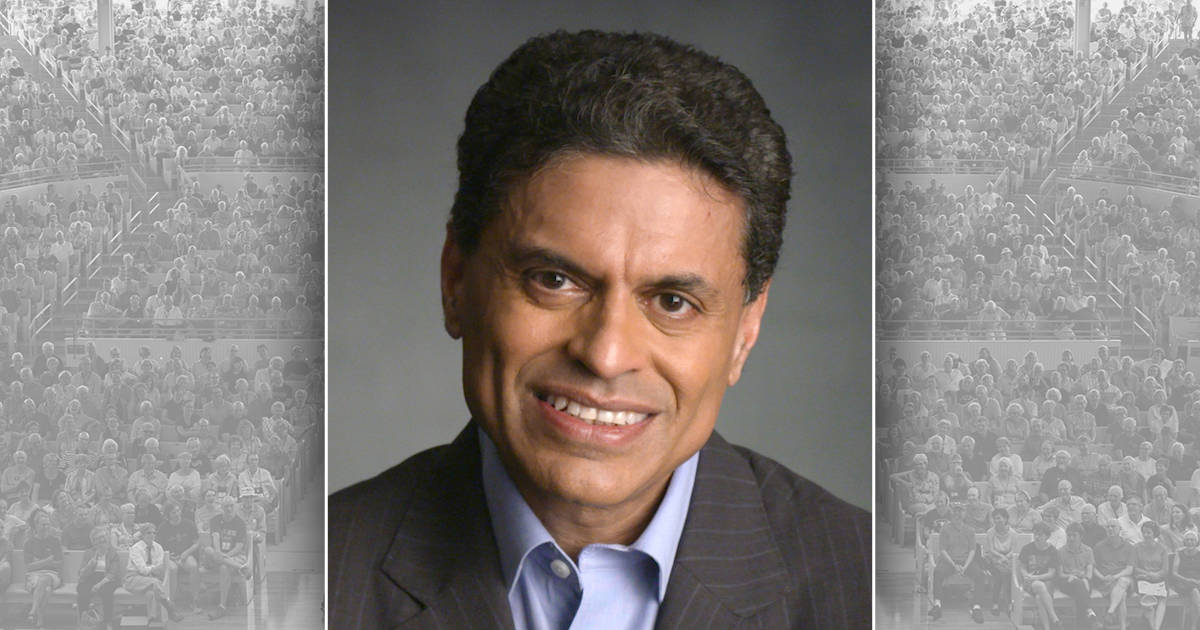