Wajahat Ali is an author, a Daily Beast columnist, former New York Times contributing op-ed writer, highly sought-after political commentator, TED speaker, and award-winning playwright – and across these many roles, one thing remains constant: Ali uses his platform to fight tirelessly for the social change we need in our country—and he isn’t afraid to get personal while doing it. His memoir, Go Back to Where You Came From: And Other Helpful Recommendations on How to Become American, shares stories both hilarious and poignant. The story of his experience growing up a Muslim Pakistani-American, it is an effort to inspire a new vision of America’s multicultural identity. New York Times bestselling author Reza Aslan describes it as “A hilarious and heartwarming treatise on what it truly means to be American in the twenty-first century.”

When his two-year old daughter’s battle with liver cancer took him on an unexpected and devastating journey through the U.S. medical system, Ali wrote about it for the New York Times with his signature candor and openness: “A crisis like cancer helps us answer the question: What truly matters when we are stripped overnight of our comfort, wealth, and plans?” As the coronavirus pandemic and recession poses a similar question to millions of people across the country, Ali offers his experience as a beacon of hope and resilience in the face of an impossible situation. Above all else, Ali is living proof that we can use our authentic stories—whatever they may be—to build the America we wish to live in.

Ali is also the author of The Domestic Crusaders—the first major play about Muslim Americans post-9/11— as well as the Peabody-nominated producer of the documentary series The Secret Life of Muslims. He was the lead researcher and author for the Center for American Progress’s seminal report “Fear Inc., Roots of the Islamophobia Network in America,” and served as a national correspondent for Al Jazeera America. There, Ali told stories of communities and individuals often marginalized or under-reported in mainstream media.

Previously, as Creative Director of Affinis Labs, Ali worked to create social entrepreneurship initiatives to support and uplift marginalized communities. He also worked with the US State Department to design and implement the “Generation Change” leadership program to empower young social entrepreneurs, initiating chapters in eight countries, including Pakistan and Singapore. For his work, he was honored as a “Generation Change Leader” by Sec. of State Clinton and recognized as an “Emerging Muslim American Artist” by the Muslim Public Affairs Council.

Around the world Ali has given keynote speeches for TED, The Aspen Ideas Festival, Google, the United Nations, and The New Yorker Festival. His writing appears regularly in the New York Times, The Atlantic, The Washington Post, and The Guardian. He is a Senior Fellow at The Western States Center and Auburn Seminary, and co-host of Al Jazeera’s The Stream.

We are delighted to be welcoming Ali back to Chautauqua, bringing with him his deep sense of social justice and democracy, warmed further by his great sense of humor.

This program is made possible by the Carnahan-Jackson Religious Lectureship 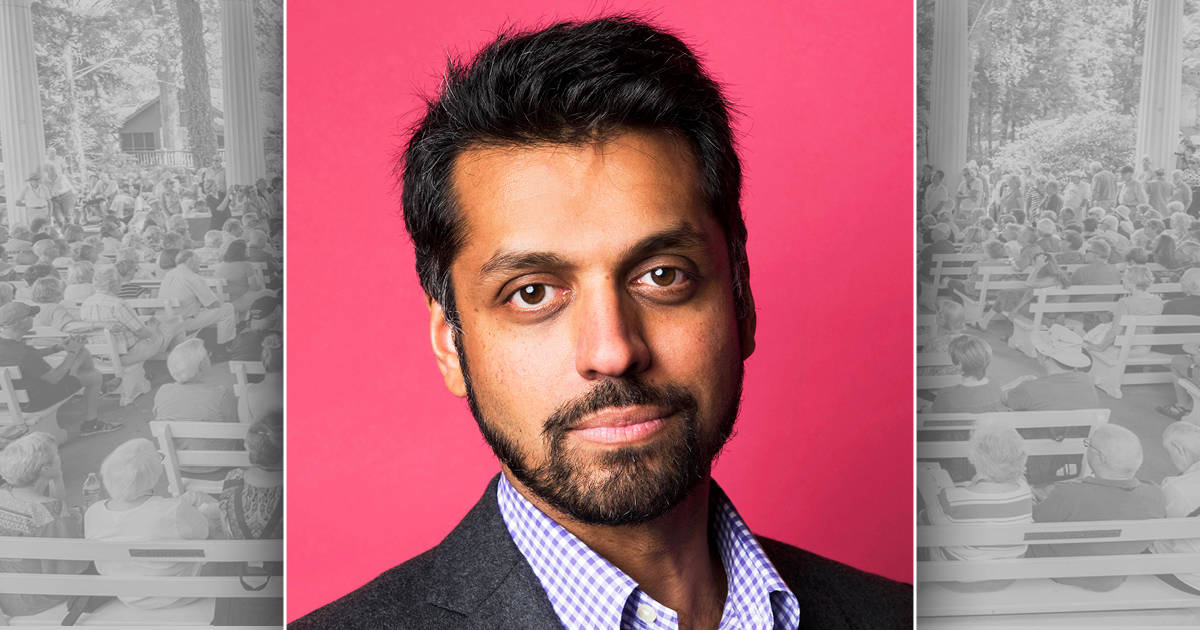