The Very Rev. Michael Battle, Ph.D. is the Herbert Thompson Professor of Church and Society and Director of the Desmond Tutu Center at General Theological Seminary in New York. He holds an undergraduate degree from Duke University, received his Master of Divinity from Princeton Theological Seminary, a Master of Sacred Theology from Yale University, and a PhD in theology and ethics, also from Duke University. He was ordained a priest by Archbishop Desmond Tutu in 1993. Rev. Battle’s clergy experience, in addition to his current church work, includes serving as vicar at St. Titus Episcopal Church in Durham, NC; rector at Church of Our Saviour, in San Gabriel, California; rector at St. Ambrose Episcopal Church, Raleigh, N.C.; and interim rector or associate priest with other churches in North Carolina and in Cape Town, South Africa.
On two occasions he moved into churches located in ethnically changing neighborhoods (to Asian in one and to Hispanic in the other) and helped both to adapt and grow. He also served as provost and canon theologian for the Episcopal Diocese of Los Angeles. In 2010, Battle was given one of the highest Anglican Church distinctions as, “Six Preacher,” by the Archbishop of Canterbury, Rowan Williams, a distinction given to only a few who demonstrate great dedication to the church that goes back to 16th century England and Thomas Cranmer.
Dr. Battle’s academic experience includes service as interim dean of Students and Community Life at Episcopal Divinity School; as dean for academic affairs, vice president and associate professor of theology at Virginia Theology Seminary; as associate professor of spirituality and black church studies at Duke University’s Divinity School; and as assistant professor of spiritual and moral theology in the School of Theology at the University of the South. Dr. Battle has published eleven books, including his latest: Desmond Tutu: A Spiritual Biography of South Africa’s Confessor.
In his PeaceBattle Institute he works on subjects of diversity, spirituality, prayer, race, and reconciliation. Almost since its inception, he has served as pastor and spiritual director to hundreds of clergy and laity for CREDO (meaning, “I give my heart”) for the Episcopal Church. He has also served as chaplain to Archbishop Tutu, Congressman John Lewis, the House of Bishops and, in 2008, was chaplain to the Lambeth Conference of Anglican Bishops. He is a featured keynote speaker and has led numerous clergy and lay retreats, including the bishops’ retreat of the Province of the West Indies. In addition, Rev. Dr. Battle has served as vice president to Arun Gandhi (grandson of Mahatma Gandhi), president of the Institute for Nonviolence. Michael Battle and his wife, Raquel, were married by Archbishop Tutu and are parents to two daughters, Sage and Bliss, and a son, Zion, all of whom were baptized by Archbishop Tutu as well.

This program is made possible by The Ralph W. Loew Religious Lectureship Fund 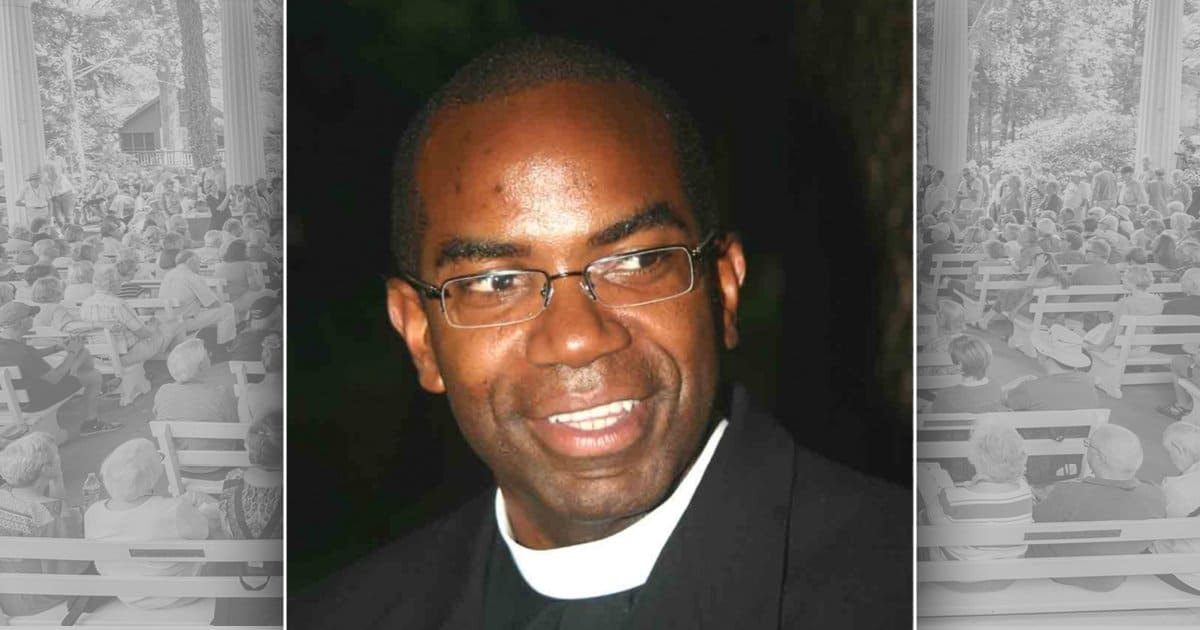