A journalist in Asia for more than 35 years, Maria Ressa co-founded Rappler, the top digital-only news site that is leading the fight for press freedom in the Philippines. As Rappler’s CEO and president, Ressa has endured constant political harassment and arrests by the Duterte government, forced to post bail 10 times to stay free. In October 2021, she was one of two journalists awarded the Nobel Peace Prize in recognition of her “efforts to safeguard freedom of expression, which is a precondition for democracy and lasting peace.” Ressa closes Chautauqua’s weeklong exploration of “New Profiles in Courage” with a focus on the fight for freedom of the press, democracy and corporate governance.

For her courage and work on disinformation and “fake news,” Ressa was named one of Time magazine’s 2018 Person of the Year, was among its 100 Most Influential People of 2019, and has also been named one of Time’s Most Influential Women of the Century. Before co-founding Rappler, Ressa focused on investigating terrorism in Southeast Asia. She opened and ran CNN’s Manila Bureau for nearly a decade before moving to Indonesia and opening the network’s Jakarta bureau, which she ran from 1995 to 2005. That was when she returned to Manila as the senior vice president in charge of ABS-CBN’s multimedia news operations, managing about a thousand journalists for the largest news organization in the country.

Ressa wrote Seeds of Terror: An Eyewitness Account of al-Qaeda’s Newest Center of Operations in Southeast Asia and From Bin Laden to Facebook: 10 Days of Abduction, 10 Years of Terrorism. She is writing her third book, How to Stand up to a Dictator, for publication this fall.

This program is made possible by the Richard W. and Jeannette D. Kahlenberg Lectureship Fund and The Lewis Miller Memorial Fund. 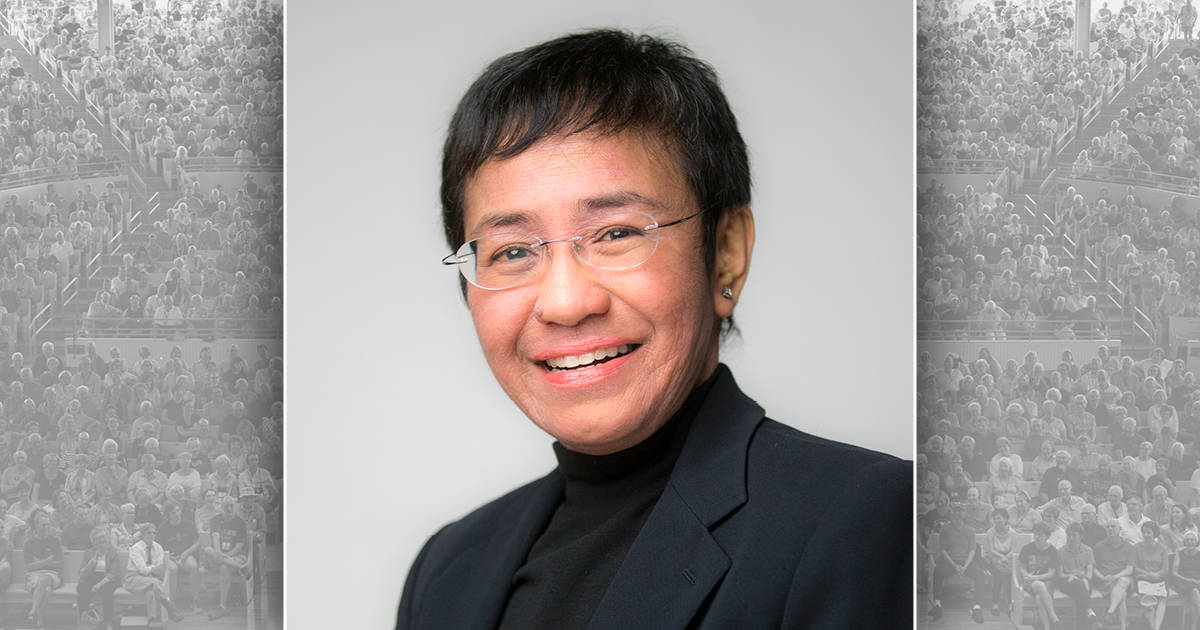