MacArthur “Genius” Matthew Desmond’s Pulitzer Prize-winning bestseller Evicted: Poverty and Profit in the American City draws on years of embedded fieldwork and painstakingly gathered data to transform our understanding of inequity and economic exploitation in America. It is this work that Desmond will discuss in a joint presentation for the Chautauqua Lecture Series and Chautauqua Literary and Scientific Circle in a week on “More Than Shelter: Redefining the American Home.”

In addition to the Pulitzer, Evicted — a landmark work of scholarship and reportage — won the National Books Critics Circle Award, the Andrew Carnegie Medal, the PEN/John Kenneth Galbraith Award, the Heartland Prize, and more, and was named one of the Best Books of 2016 by nearly three dozen media outlets. In 2018, he received the Stowe Prize for Writing to Advance Social Justice, awarded by the Harriet Beecher Stowe Center to authors whose work shines a light on critical social issues. Desmond is the Maurice P. During Professor of Sociology at Princeton University, where he is also the founder and principal investigator of the Eviction Lab, which in 2018 published the first-ever national dataset of evictions in America, collecting millions of data points going back to 2000.

Desmond is a former member of the Harvard Society of Fellows, and was formerly the John L. Loeb Associate Professor of the Social Sciences at Harvard University. He is also the author of the award-winning book On the Fireline: Living and Dying with Wildland Firefighters, the coauthor of two books on race, and the editor of a collection of studies on severe deprivation in America. His work has been supported by the Ford, Russell Sage, and National Science Foundations.

Desmond received his Bachelor of Science degree in communications and justice studies from Arizona State University and his doctorate in sociology from the University of Wisconsin-Madison.

This program is made possible by the Berglund-Weiss Lectureship Fund 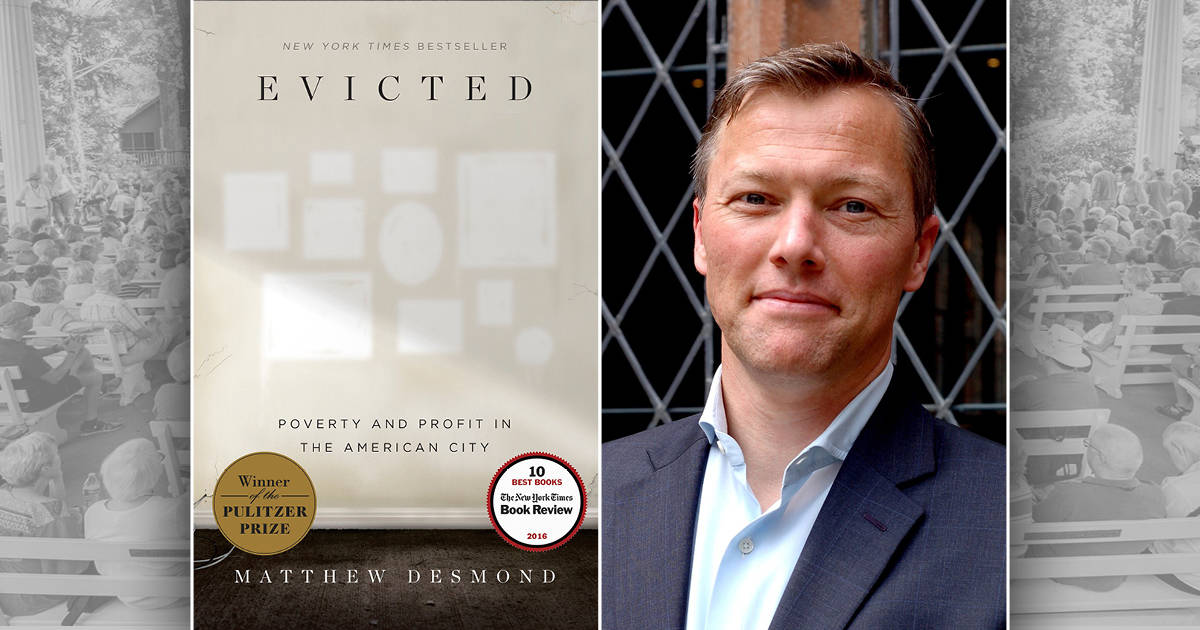