The Argus Quartet has quickly emerged as one of today’s most dynamic and versatile ensembles, winning First Prize at both the 2017 M-Prize Chamber Arts Competition and the 2017 Concert Artists Guild Victor Elmaleh Competition. Since then, Argus has appeared in some of the country’s most prestigious venues and festivals, including Carnegie’s Weill and Zankel Halls, Lincoln Center’s Alice Tully Hall, the Ravinia Festival and Music Academy of the West.

They are joined by composer and clarinetist Derek Bermel, who has been internationally recognized for his creativity, theatricality, and virtuosity. Bermel and his works have received the Alpert Award in the Arts, Rome Prize, Guggenheim and Fulbright Fellowships, the Trailblazer Award from the American Music Center and the Academy Award from the American Academy of Arts and Letters.

Chautauqua Chamber Music is made possible by the Kay Hardesty Logan Fund and Bruce W. and Sarah Hagen McWilliams. 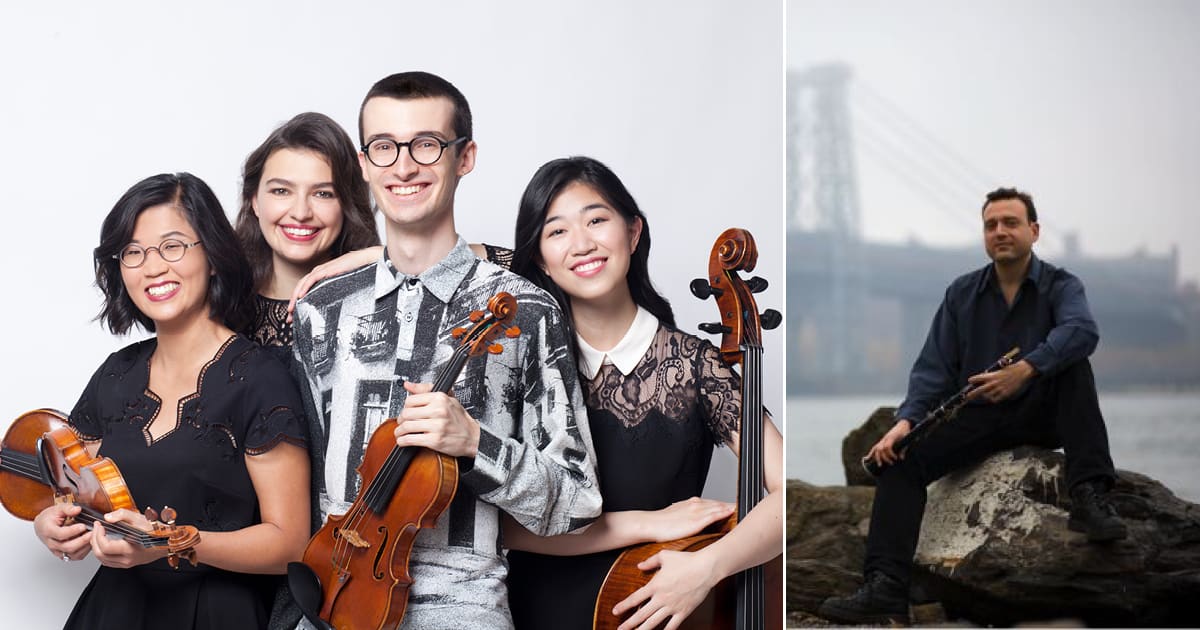