For a long time, it was believed that violence was the only way to contest power. Some notable violent revolutions, the French Revolution, the American Revolution, the Haitian Independence War, the Vietnam War, etc., were often used to make the argument. Political violence, it seemed, was the only mean to topple oppressive regimes. However, nonviolent resistance has proven in some cases over the years to be a successful tool against oppression.

In Civil Resistance: What Everyone Needs to Know, Erica Chenoweth — one of the world’s leading scholars on the topic–explains what civil resistance is, how it works, why it sometimes fails, how violence and repression affect it, and the long-term impacts of such resistance. Featuring both historical cases of civil resistance and more contemporary examples such as the Arab Awakenings and various ongoing movements in the United States, this book provides a comprehensive yet pithy overview of this enormously important subject.

Erica Chenoweth is the Frank Stanton Professor of the First Amendment at Harvard Kennedy School and a Susan S. and Kenneth L. Wallach Professor at the Radcliffe Institute for Advanced Studies at Harvard University. They study political violence and its alternatives. At Harvard, Chenoweth directs the Nonviolent Action Lab, an innovation hub that provides empirical evidence in support of movement-led political transformation.
Chenoweth has authored or edited nine books and dozens of articles on mass movements, nonviolent resistance, political violence, revolutions, and state repression.
Chenoweth maintains the NAVCO Data Project, one of the world’s leading datasets on historical and contemporary mass mobilizations around the globe. Along with Jeremy Pressman, Chenoweth also co-directs the Crowd Counting Consortium, a public interest and scholarly project that documents political mobilization in the U.S. since Donald Trump’s inauguration in 2017.
Chenoweth’s research has been featured in The New Yorker, The New York Times, The Washington Post, Foreign Affairs, The Economist, The Boston Globe, Foreign Policy, The Christian Science Monitor, NPR’s Morning Edition, TEDxBoulder, and elsewhere. They co-host the award-winning blog Political Violence @ a Glance, host the blog Rational Insurgent, and blog occasionally at The Monkey Cage channel at The Washington Post.
Foreign Policy magazine ranked Chenoweth among the Top 100 Global Thinkers of 2013 for their efforts to promote the empirical study of nonviolent resistance. Chenoweth’s book Why Civil Resistance Works: The Strategic Logic of Nonviolent Conflict (Columbia, 2011) with Maria J. Stephan won the 2013 Grawemeyer Award for Ideas Improving World Order and the 2012 best book award from the American Political Science Association. Chenoweth is a recipient of the Karl Deutsch Award, which the International Studies Association gives annually to the scholar under 40 who has made the greatest impact on the field of international politics or peace research. 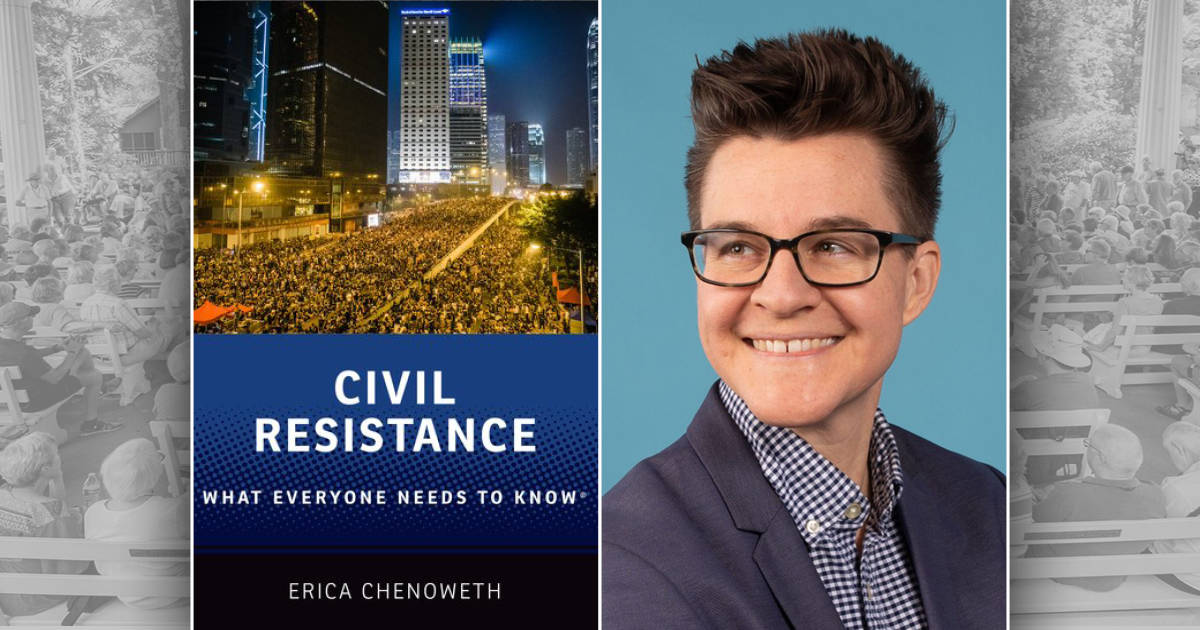