CLSC – Under the Skin with Linda Villarosa

Named a best book of 2022 by 6 publications, including NPR, the Washington Post, and the New York Times, Under the Skin is “perhaps the most important and thought-provoking publication of the year,” (Oprah Daily).

Under the Skin is a landmark book that tells the full story of racial health disparities in America by revealing the toll racism takes on individuals and public health. Villarosa lays bare the forces in the American health-care system and in American society that cause Black people to “live sicker and die quicker” compared to their white counterparts. Study after study of medical settings show worse treatment and outcomes for Black patients. Black people live in dirtier, more polluted communities due to environmental racism and neglect from all levels of government. And, most powerfully, Villarosa describes the new understanding that coping with the daily scourge of racism ages Black people prematurely.

Note: In addition to being a CLSC Selection, Under the Skin has been selected in collaboration with Chautauqua’s African American Heritage House as the Mirror Project Reading Circle selection for April 2023, and the Chautauqua County Book Read selection in partnership with Chautauqua’s IDEA office, the YWCA of Jamestown, and other local organizations. More information about the county wide book read will be available at https://www.ywcajamestown.com/chqbookread around mid-February. All Chautauquans are invited to participate in either book read options as both in-person and online discussion groups will be available.

Author and New York Times Magazine journalist, Linda Villarosa is the author of 2023 CLSC selection, Under the Skin: The Hidden Toll of Racism on American Lives and on the Health of Our Nation, which was named one of the New York Times 10 Best Books of 2022. As a contributor to The New York Times’ Pulitzer Prize-winning 1619 Project and The 1619 Project: A New Origin Story, she traced the race-based physiological myths that have endured since slavery and continue to plague medicine today. A former executive editor of Essence Magazine, Villarosa is a member of the Association of LGBTQ Journalists (NLGJA) Hall of Fame, and has been recognized with numerous awards from organizations including the American Medical Writers’ Association, the New York Association of Black Journalists, the National Women’s Political Caucus, and many others. Villarosa is a graduate of the Craig Newmark Graduate School of Journalism at CUNY, was a finalist for the National Magazine Award. She teaches journalism, English and Black Studies at the City College of New York. 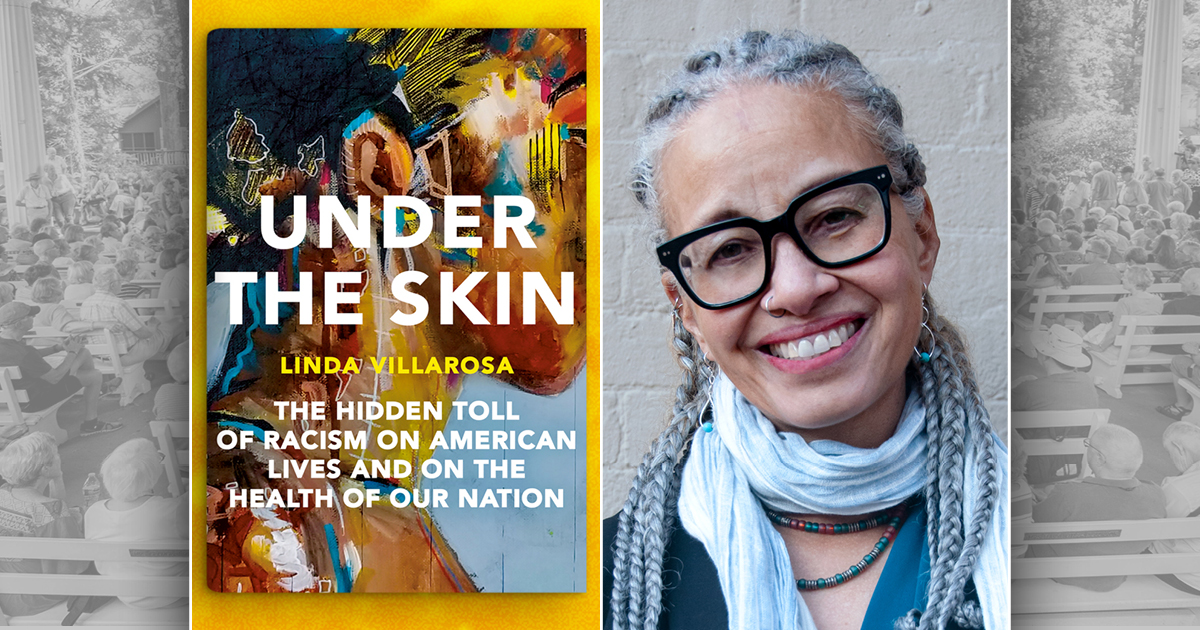