Two of the greatest political strategists in recent American history and foremost commentators on-air today, David Axelrod and Karl Rove bring together decades of insider perspectives from both major political parties in conversation for the Chautauqua Lecture Series to close a week on “Freedom of Expression, Imagination, and the Resilience of Democracy.” Having shaped the trajectories of their respective parties, Rove and Axelrod consider the future of the American political system and what must be done to ensure its continued resilience.

David Axelrod is best known for being the architect of President Barack Obama’s improbable four-year march from the Illinois State Senate to the White House. After Obama’s election, Axelrod was appointed as Senior Advisor to the president and was a key figure in shaping the administration’s agenda, including the economic stimulus program, health care reform and financial regulatory reform. Axelrod left that position in early 2011 and became senior strategist for Obama’s 2012 re-election campaign.

The author of the New York Times bestselling memoir, Believer: My Forty Years in Politics, Axelrod is a senior political commentator for CNN and host of “The Axe Files” podcast. He was inducted into The American Association of Political Consultants’ Hall of Fame in 2013.

Axelrod is a graduate of the University of Chicago, where in 2013 he established the bipartisan Institute of Politics, serving as its director before announcing that he would step down in January 2023 to become a senior fellow at the Institute and chair of its advisory board.

Known for his provocative and robust knowledge of major political issues, Karl Rove is a weekly columnist for The Wall Street Journal and a Fox News contributor, and the author of the New York Times bestseller Courage and Consequence. His most recent book is The Triumph of William McKinley.

Rove served as Senior Advisor to President George W. Bush from 2000 to 2007 and Deputy Chief of Staff from 2004 to 2007. Rove now serves on the University of Texas Chancellor’s Council Executive Committee and vice president of the Texas State History Museum Foundation. He is a member of the McDonald Observatory Board of Visitors and the Texas Philosophical Society. He was inducted into the Scandinavian-American Hall of Fame in 2009 and the American Association of Political Consultants Hall of Fame in 2012. 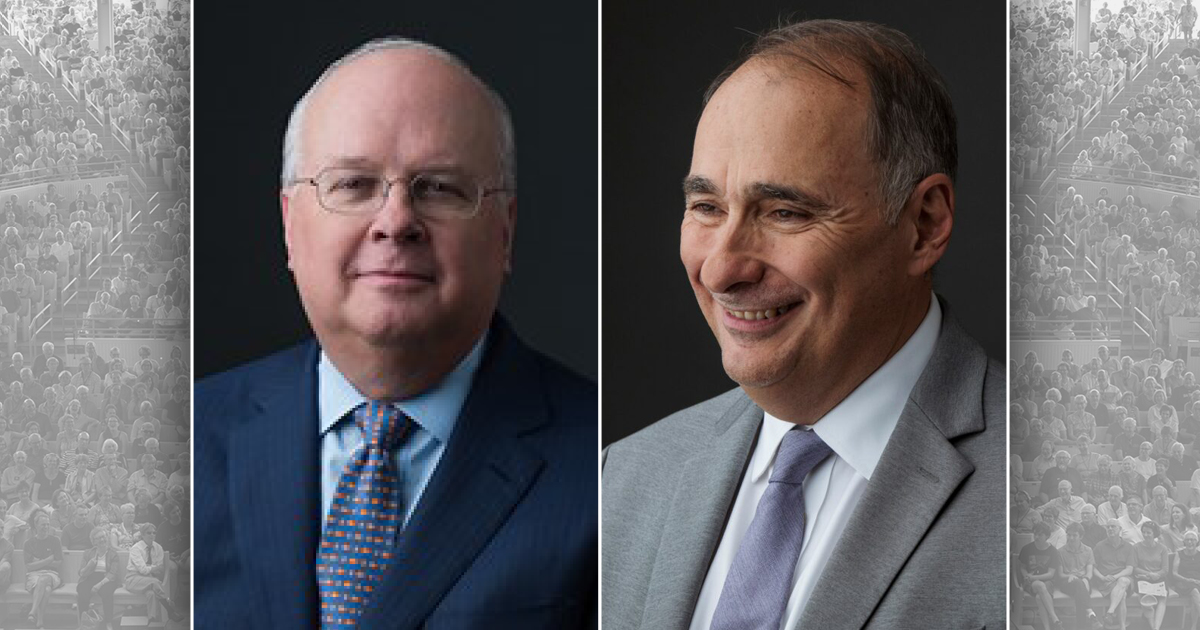