Oren holds the title of Professor Emeritus at SUNY Buffalo, where he served as professor of American Studies and director of the Native American Studies Program. He holds a Doctor of Laws Degree from his Alma Mater, Syracuse University, where Lyons Hall at SU is named in his honor.

Chief Lyons is an All-American Lacrosse Hall of Famer and Honorary Chairman of the Iroquois Nationals Lacrosse Team. He is an accomplished artist, environmentalist, author, and global presenter, and holds the title of Wisdom Keeper. He is a leading voice at the UN Permanent Forum on Human Rights for Indigenous Peoples, serves on the Executive Committee of Spiritual and Parliamentary Leaders for Human Survival, and acts as Chairman of the Board for both the Harvard Project on American Indian Economic Development and Seventh Generation Fund. Chief Lyons is the recipient of many prestigious awards, including the Green Cross International Environmental Icon Award, founded by Mikhail Gorbachev; the United Nations NGO World Peace Prize; the Ellis Island Congressional Medal of Honor; the Rosa Parks and George Arents Award for Environmental and Social Activism; and Sweden’s prestigious Friends of the Children Award with his colleague the late Nelson Mandela. He is listed in the Native American Hall of Fame.

Chief Lyons, a constantly sought-after speaker and the subject of several documentaries and films, is a tireless advocate for American Indian causes and Indigenous rights. A founding member of One Bowl Productions, he addresses conflicts by sharing traditional views on the Laws of Nature, and he serves as a constant reminder of humanity’s responsibilities to the Earth and to our future generations.

This program is made possible by the Deloras K. and L. Beaty Pemberton Lectureship 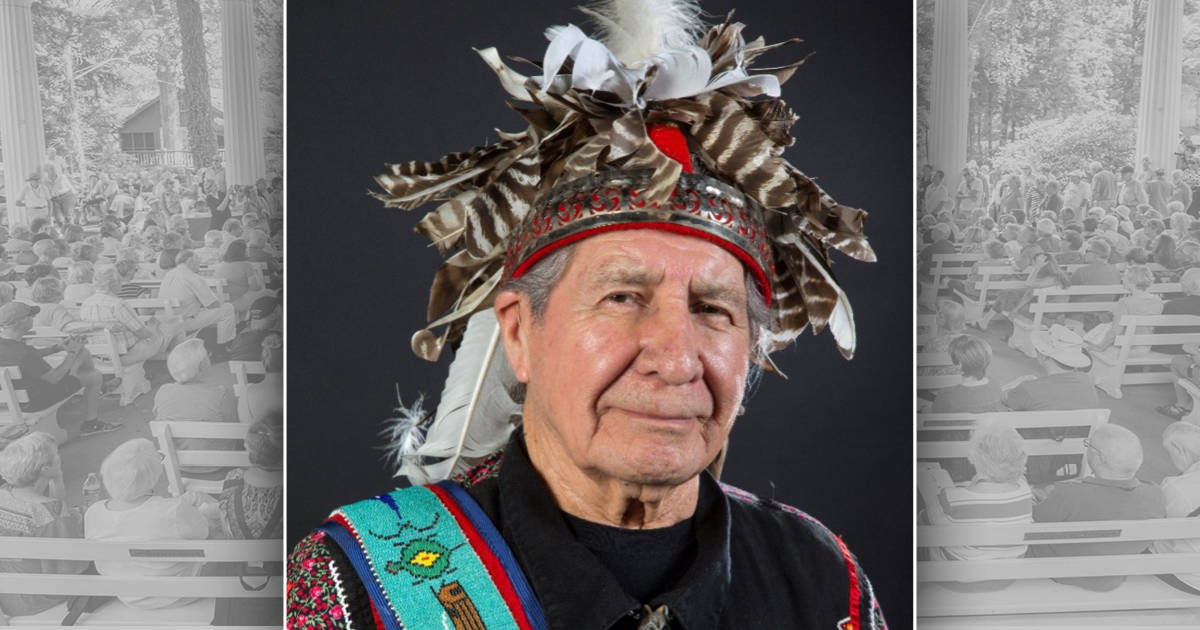