Over the course of more than a year, writer Kevin Fedarko and photographer Pete McBride hiked the entire length of Grand Canyon National Park — not rim to rim, as is popular with adventurers, but end to end — over 750 miles. Fedarko and McBride tackled the outrageous journey to highlight the many challenges facing this iconic landscape today, from overdevelopment to encroaching pollution from nearby uranium mining. After completing the journey, National Geographic named the two men “Adventurers of the Year.” McBride has since released a book, Grand Canyon: Between River and Rim, and a feature-length documentary, “Into the Grand Canyon.” Scribner recently acquired the rights to publish Fedarko’s forthcoming book on the 14-month odyssey with McBride. For Chautauqua, Fedarko and McBride share learnings from their journey in a program titled “Into the Canyon: Exploring a National Treasure.”

Kevin Fedarko has spent the better part of the past 20 years writing about adventure, conservation, exploration and the Grand Canyon. He studied Russian history at Oxford before joining the staff at Time, where he worked primarily on the foreign affairs desk, then later moved to Outside magazine, where he was a senior editor. His writing has appeared in National Geographic, The New York Times, and Esquire, among other publications, and a trio of his stories from the Himalayas, the Horn of Africa, and the Colorado River are anthologized in The Best American Travel Writing. He is the author of The Emerald Mile: The Epic Story of the Fastest Ride in History Through the Heart of the Grand Canyon.

Native Coloradan Pete McBride has spent two decades studying the world through a camera lens with the heart of a poet and a crystal-clear conservation aim. A self-taught photographer, filmmaker, writer and narrator, he is a Sony Artisan of Imagery and has traveled on assignment to over 75 countries for National Geographic, Smithsonian, Google, The Nature Conservancy, and others. McBride’s book on his and Fedarko’s Grand Canyon journey won a National Outdoor Book Award, and his documentary for National Geographic Channel was nominated for an Emmy in 2020. His latest book, Seeing Silence: The Beauty of the World’s Most Quiet Places, was named one of the top photo books of 2021 by both Smithsonian and The Week. 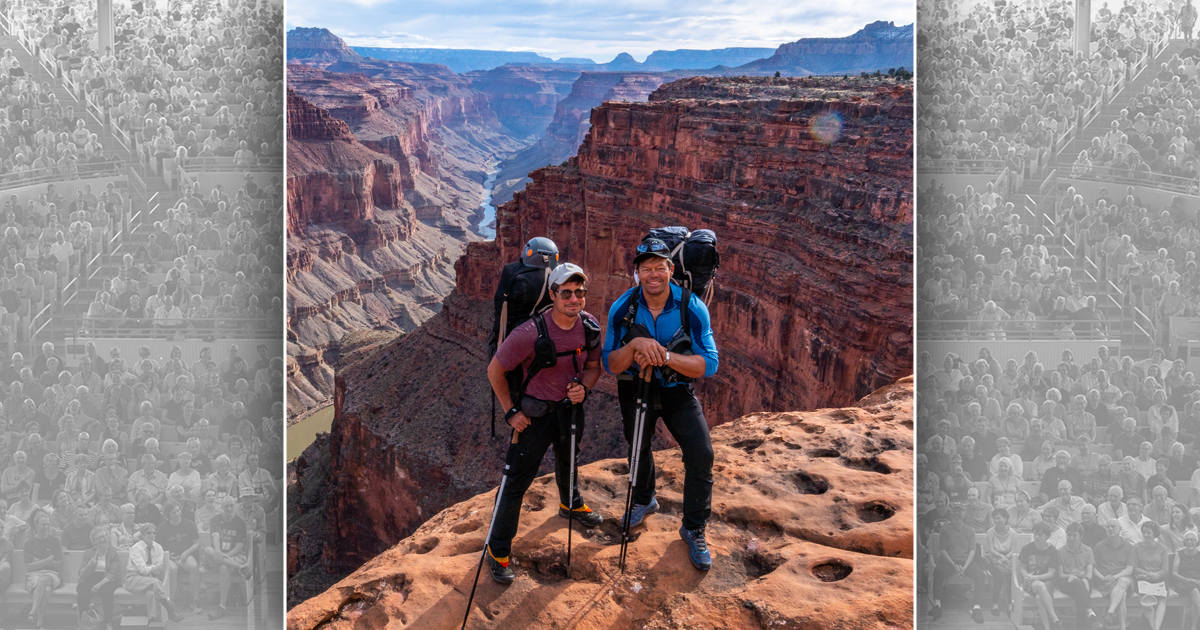