What does it mean to build a home in a new country? What if you were forced to flee the home country of your youth simply because using your voice and speaking your mind was a criminal act? In an afternoon of intimate readings and discussions, the artists-in-residence at City of Asylum Pittsburgh will share with us what these questions mean to their lived experiences.

This event will be a natural continuation of the Chautauqua Lecture Series of that morning with Salman Rushdie and Henry Reese, the co-founder of the City of Asylum Pittsburgh.

City of Asylum Pittsburgh is an exiled writer and artist residency program that provides long-term residency for literary writers and artists exiled from their home countries under threat of persecution for their work. They provide housing, financial support, legal support, and all the smaller things necessary to feel welcome, to feel safe, to feel at home in the United States. The goal of City of Asylum’s program is to ensure writers and activists are not silence and continue to create while transition to a stable, independent life in exile.

Anouar Rahmani is a writer and human rights defender from Algeria. He is the author of four novels in Arabic, including Hallucinations of Jibril and What God is Hiding from Us. Through his creative writing, journalism, and activism, Anouar advocates for individual freedoms, environmental rights, and the rights of minorities, women, and the LGBT+ community. In 2015, he was the first person to demand same-sex marriage in Algeria publicly, receiving ire in his country.

Mai Khoi is a Vietnamese artist and activist. She rose to stardom in 2010 after winning the Vietnam Television song and album of the year awards. Several years later she became increasingly uncomfortable with government censors and, thinking she could reform the system from within, nominated herself for state government on a pro-democracy platform. Her campaign sparked a nationwide debate about political participation. Today, she leads efforts to promote freedom of artistic expression in Vietnam for which she was awarded the Vaclav Havel International Prize for Creative Dissent. Her activism has, however, come at a high price and it is no longer safe for Mai Khoi to live in Vietnam.

Jorge Oliver Castillo is a Cuban poet, writer, television editor, journalist, and songwriter. He is a well-known dissident, and his work has been banned in Cuba. Olivera Castillo has published six books of poetry and two short story collection, translated into several languages. He’s at work on a collection of short stories based on his experiences as a soldier in the African jungle during the Angolan Civil War. 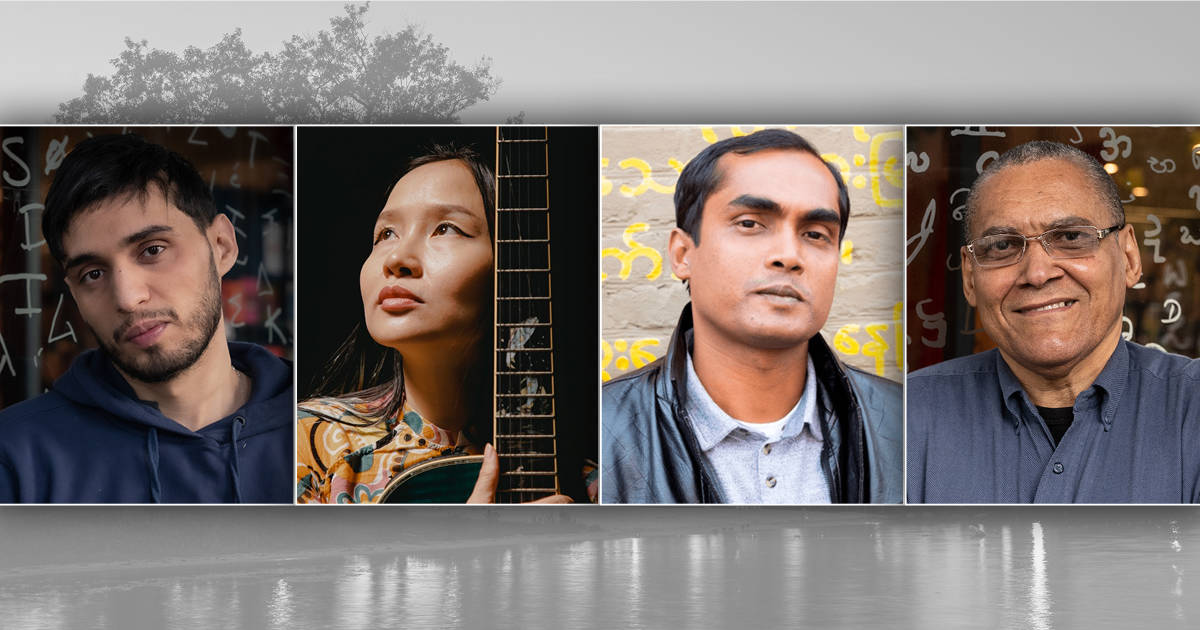