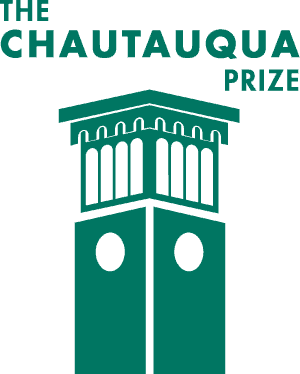 CHAUTAUQUA, N.Y. — April 16, 2014 — Chautauqua Institution is pleased to announce six exceptional books as the 2014 finalists for The Chautauqua Prize:

A History of the Present Illness: Stories by Louise Aronson (Bloomsbury)
Sea of Hooks by Lindsay Hill (McPherson & Company)
The Boy Detective: A New York Childhood by Roger Rosenblatt (Ecco)
My Foreign Cities by Elizabeth Scarboro (Liveright)
The Man He Became: How FDR Defied Polio to Win the Presidency by James Tobin (Simon & Schuster)
Wash by Margaret Wrinkle (Grove Press)

The winning book will be selected from this shortlist and announced in mid-May.

The short stories in A History of the Present Illness take readers into overlooked lives in the neighborhoods, hospitals and nursing homes of San Francisco, offering a portrait of health and illness in America today. Chautauqua Prize readers called the book’s stories “fully realized and often chillingly observed” and described Aronson’s writing as “honest and compassionate.”

In the novel Sea of Hooks, the reader gathers and rebuilds the fragments of wildly imaginative Christopher Westall’s traumatic young life as he travels from San Francisco to Bhutan. “Every paragraph is like a tiny jewel of a chapter,” readers said, noting that Hill “is able in one sentence to evoke pain, grief, pleasure, joy.”

The memoir The Boy Detective follows Rosenblatt as he investigates his own life and the life of New York City as he walks one wintry night — a masterly evocation of the city and a meditation on memory as an act of faith. Readers called the book “beautifully written,” “an exploration of memory and storytelling and the places and ideas that make us who we are.”

My Foreign Cities is a memoir of Scarboro and her first husband Stephen, a young couple approaching mortality with reckless abandon, gleefully outrunning it for as long as they can. Readers described Scarboro’s prose as “elegant” and “almost poetic” and commended her “beautifully written” portraits of coping with grief.

The Man He Became is a history of the greatest comeback in American political history — Franklin Delano Roosevelt’s 10-year climb from paralysis to the White House. Readers called the book “a true page-turner,” “meticulously researched” and “a wonderful history lesson.”

Awarded annually since 2012, The Chautauqua Prize draws upon Chautauqua Institution’s considerable literary legacy to celebrate a book that provides a richly rewarding reading experience and to honor the author for a significant contribution to the literary arts. The author of the winning book will receive $7,500 and all travel and expenses for a one-week summer residency at CHQ, a not-for-profit educational and cultural center in southwestern New York state.

With a history steeped in the literary arts, Chautauqua Institution is the home of the Chautauqua Literary and Scientific Circle, founded in 1878, which honors nine outstanding books of fiction, nonfiction, essays and poetry every summer. Further literary arts programming at CHQ includes summer-long interaction of published and aspiring writers at the Chautauqua Writers’ Center, the intensive workshops of the nationally recognized Chautauqua Writers’ Festival, and lectures by prominent authors on the art and craft of writing.

The pre-eminent expression of lifelong learning in the United States, Chautauqua Institution is a 140-year-old community on the shores of Chautauqua Lake in southwestern New York state that comes alive each summer with a unique mix of fine and performing arts, lectures, interfaith worship and programs, and recreational activities. Over the course of nine weeks, more than 100,000 people visit CHQ and participate in programs, classes and community events for all ages — all within the beautiful setting of a historic lakeside village.