Dear Present, Past, or Future Chautauquan,

The Board of Trustees usually meets four times a year: in August during the Summer Assembly season and in November, February and May. The responsibilities of the Board include the hiring of the President of the Institution; establishing policies to guide the Administration in conducting the affairs of the Institution; and overseeing the way those policies are implemented. This last responsibility is largely carried out during our annual evaluation of the President’s performance.

The Board is organized into seven committees. Three committees — Budget & Finance, Marketing & Brand Strategy, and the Architectural Review Board — address annual operating issues and four committees — Executive, Audit, Human Resources & Compensation, and Nominating & Governance — provide oversight for core administrative areas of responsibility. In addition, there exists a Development Council that consists of, among others, four trustees and a like number of Foundation directors. The Council is the principal point of interface between the Institution and the Foundation to address considerations surrounding the philanthropic resources necessary to carry out the Institution’s long-term strategic plans.

I invite you to engage with the trustees at any time by contacting us with your ideas, recommendations, suggestions, and constructive feedback. During the summer assembly season, you can share your ideas with us at open forum sessions scheduled periodically throughout the summer, or by approaching me or any of the other trustees when you see us on the grounds. At any time you may also communicate with us by email at trustees@chq.org.

Email the Board of Trustees

News from the Board

2022–23 Chautauqua Institution Board of Trustees 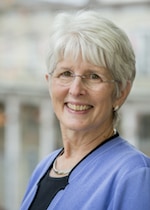 Candace (Candy) Maxwell is a retired health care industry executive with diverse experience in business strategy, leadership, governance and policy. She has been coming to Chautauqua every summer assembly season since 2001. Maxwell also serves ex officio as a Chautauqua Foundation Director and Vice Chair of the Chautauqua Hotel Corporation’s board. 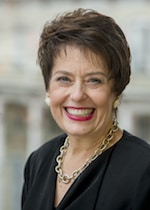 Marnette Perry is recently retired following a 45-year career at the Kroger Company, where for several decades she was the highest-ranking female executive. She and her husband, Paul Perry, a retired attorney, spend their summers at Chautauqua, where their daughter, son-in-law and two grandchildren visit for four weeks every year. 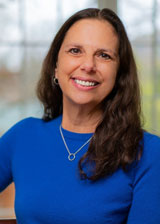 Laurie Branch is CEO and President of Iroquois Group, Inc., one of nation’s oldest and largest networks of independent property and casualty insurance agencies. Holding three master’s degrees and a Ph.D., she also teaches at the undergraduate and graduate level at St. Bonaventure University. She is a fourth-generation Chautauquan and a lifelong resident of upper Peck Avenue. 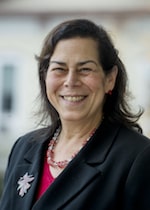 Judith Claire is recently retired from service as a New York State Family Court Judge, having received statewide, national and international attention for serving as a Model Court for innovative work in several areas, among them being one of the first rural Family Treatment Drug Courts and being the first trauma-informed court in New York state. She received national award for collaboration on a systems of care model. She and her husband have been property owners since 1988, and their children grew up enjoying and working on the grounds every summer from age 14 until they left home. 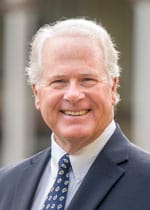 Rick Evans is an attorney with a five-generation family history at Chautauqua. In his 65 summers at Chautauqua, he has been intimately involved in the community, from attending Children’s School and Boys’ and Girls’ Club to serving as co-President of the Chautauqua Symphony Orchestra League and now co-running the Grapevine community message board. 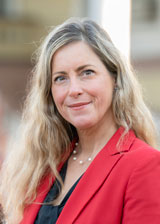 Sara Ponkow Falvo is an emergency medicine physician and owner/proprietor of the Dragonfly Inn at Chautauqua Institution. In addition to being an on-grounds small business owner, she is a multiple-generation Chautauquan who attended Boys’ and Girls’ Club and worked at Chautauqua as a teen, as well as at area hospitals as a resident physician. Her two children are also lifelong Chautauquans. Most recently she served as Health Director at Boys’ and Girls’ Club during the 2021 and ’22 summers, and as Area 2 Rep for the Chautauqua Property Owners Association in 2021. 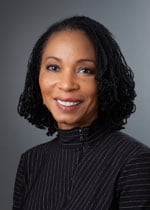 Helene Gayle is the 11th President of Spelman College. Just prior to joining Spelman, she was the president and CEO of the Chicago Community Trust. She was also president and CEO of CARE following a long career in public health with the Centers for Disease Control and Prevention and the Gates Foundation. Five generations of Gayle’s family, beginning with her grandmother taking her mother and uncle as children, have frequently visited Chautauqua; the younger generations now make it an annual tradition. She has been a Chautauqua Lecture Series speaker several times, and has been intimately involved in launching the African American Heritage House. 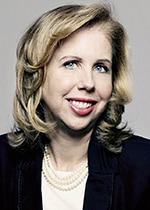 Nancy Gibbs is the director of the Shorenstein Center and the Edward R. Murrow Professor at the Harvard Kennedy School of Government and formerly was Editor in Chief of Time magazine. She is a lifelong Chautauquan, thanks to her mother Janet Gibbs, who made her concert debut as a pianist with the Chautauqua Symphony Orchestra. Nancy and her brother Christopher grew up at Club and both worked for the Daily; he is a former trustee and their father Howard a former chair of the Board of Trustees. 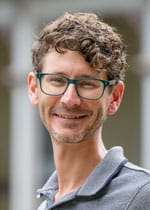 After studying architecture and urban design in Florence, Italy, and Cleveland, Ohio, Paul Hagman became the founder of RBF Colab Architecture, a heritage preservation firm providing design and consulting throughout the Northeast. He has been attending Chautauqua for nearly a decade and is looking forward to increasing his family’s time spent at the Institution in the coming years. 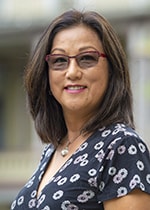 Izumi Hara is a retired corporate attorney in the life sciences industry, most recently at Warner Chilcott PLC (now part of Abbvie), where she was Senior Vice President and General Counsel. She serves as board chair of the YMCA of Montclair and on the board of the American Red Cross, Northern New Jersey Chapter. Three generations of Hara’s family began coming to Chautauqua in 2003. She and her husband purchased a home here in 2006. 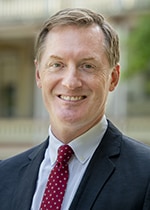 Terry Horner is Director of Continuous Process Improvement and Product Owner for Engagement Systems at the U.S. Government Accountability Office, the Congressional watchdog agency. He serves as convener of the Cornell Alumni Advisory Board and chairs the DC Annual Fund Committee, among other roles. As a native of nearby Jamestown, New York, Horner has regularly attended Chautauqua since childhood. Since college, he has spent parts of every season on the grounds and looks forward to many more. 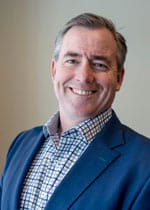 Kyle Keogh is Managing Director, Google, Automotive Industry. He is a 40-year Chautauquan who started coming as a child and now is a property owner with three kids in Boys’ and Girls’ Club. 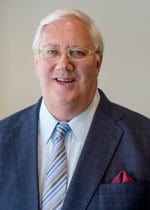 Jamie Klingensmith’s career has spanned the breadth of health care management, having served most recently as the Group Executive Vice President for Highmark, Inc., until his retirement. He is married to Linda K. Klingensmith with two children (Katie and Meade), and is a sixth-generation lifelong Chautauquan, property owner and the great-grandson of a founding member of the Chautauqua Sports Club. 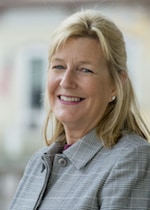 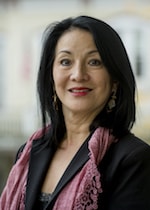 Anita Lin is a retired professional ballerina and former Artistic Director of Ballet Western Reserve. She served on President Obama’s Advisory Committee on the Arts and on The Advisory Board for The Suzanne Farrell Ballet at the Kennedy Center in Washington, D.C. Lin and her family have been Chautauquans since 1996. She currently serves on the board of Courage to Care, and as President of the Arcade Condominium on Miller Park. 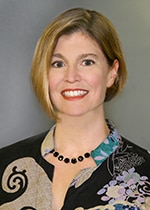 Sarah Hagen McWilliams is a retired clinical social worker who now works as a community volunteer, grant writer, fundraiser and private investor. A lifelong and fifth-generation Chautauquan originally from nearby Erie, Pennsylvania, McWilliams also serves a number of other boards, including as a trustee of the Erie Community Foundation. 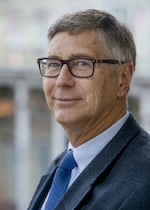 Michael D. Metzger serves as Vice President of Finance and Administration at the State University of New York at Fredonia, Prior to being in higher education, he held officer positions in manufacturing companies. A long-term resident of Chautauqua County, he currently lives year-round at his property on the Institution grounds with his wife Marjorie. 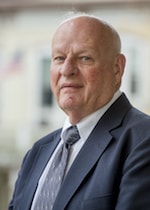 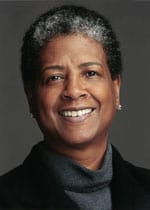 Gwen Adams has had a 28-year career in banking and finance. She has served as a Senior Vice President and the Business Banking Executive for Wachovia Bank, Chief Operating Officer and Vice President for Banco Popular of Puerto Rico in the Virgin Islands, and the Commissioner of Finance for the Government of the U.S. Virgin Islands. She and her husband are relative newcomers to Chautauqua, having visited during summer for four years. 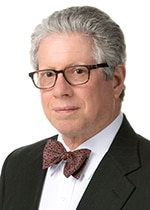 Rich Osborne is retired from Duke Energy Corp, where he worked for 31 years, including service as Chief Financial Officer, Chief Risk Officer and Group Vice President-Public & Regulatory Policy. Having started visiting Chautauqua in 2012, he purchased a home on the grounds in 2014 and has spent each season here since then. 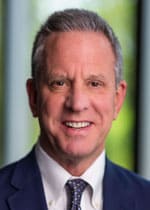 David Peckinpaugh is president and CEO of Maritz Holdings and president of Maritz Global Events. He is a founding co-chair of the Meetings Means Business Coalition in conjunction with the U.S. Travel Association, past chairman of the PCMA Education Foundation and past PCMA trustee and was recently inducted into the Event Industry Councils Hall of Leaders. A native of Cleveland, Peckinpaugh is a lifelong Chautauquan and Boys’ and Girls’ Club alum. He ran the Chautauqua Sports Club for six years and introduced the beloved Old First Night Run. 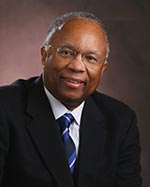 Larry Thompson, former U.S. Deputy Attorney General, retired as Executive Vice President for Government Affairs, General Counsel and Corporate Secretary at PepsiCo in 2014 and recently served as the U.S. Department of Justice’s Independent Compliance Monitor & Auditor for Volkswagen AG. His first Chautauqua experience was in 2004 when he was a Chautauqua Lecture Series speaker. Larry and his wife Brenda are art collectors and have been coming to Chautauqua yearly since 2004. 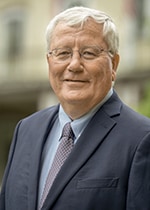 Dick Wade retired from JPMorgan Chase with 36 years of service; at the time of his retirement he was the Chief Risk Officer of the commercial bank. He formerly served on the Chautauqua Foundation Board. Wade and his wife Debby, a retired Special Education teacher, are property owners and spend their summers at Chautauqua.