A National Bestseller and a New Yorker “Best Books of 2022”, American Midnight is the latest book by legendary historian Adam Hochschild.

In American Midnight, the author of King Leopold’s Ghost turns his attention to a period often overlooked in the history of the United States, the years between 1917 to 1921, when the foundations of American democracy were threatened by war, pandemic, and violence fueled by battles over race, immigration, and the rights of labor.

Hochschild brings alive through intensive research the horrifying yet inspiring four years following the U.S. entry into the First World War, spotlighting forgotten repression while celebrating an unforgettable set of Americans who strove to fix their fractured country – and showing how their struggle still guide us today.

Adam Hochschild writes frequently about issues of human rights and social justice. The latest of his eleven books is American Midnight: The Great War, a Violent Peace, and Democracy’s Forgotten Crisis (2023 CLSC). King Leopold’s Ghost: A Story of Greed, Terror and Heroism in Colonial Africa was a finalist for the National Book Critics Circle Award, as was To End All Wars: A Story of Loyalty and Rebellion, 1914-1918. His Bury the Chains: Prophets and Rebels in the Fight to Free an Empire’s Slaves was a finalist for the National Book Award and won the Los Angeles Times Book Prize and the PEN USA Literary Award. He has also written for the New Yorker, the Atlantic, the Nation, and many other magazines, and teaches at UC Berkeley’s Graduate School of Journalism. 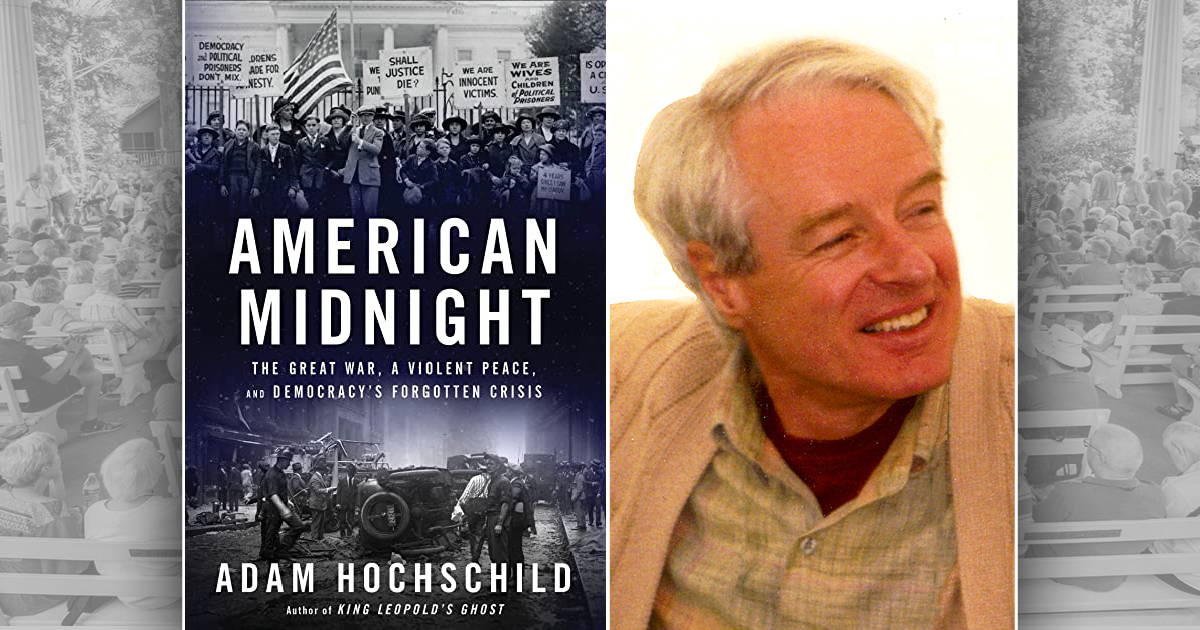